Our mission is to produce superior returns over the long-term through investment across a diversified investment portfolio. DIHC makes investments targeting sustainable equity appreciation, either through control ownership or strategic minority investments. 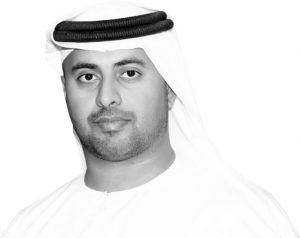 Later in 2011, Sheikh Maktoum joined SHUAA Capital as the Executive Chairman and Board Director. He was appointed and was successful in turning the company around into profitable venture from the adverse effects of 2009’s financial crises in Dubai. Sheikh Maktoum is also a Founding Investor of Virgin Megastores in the UAE. He has been recognized for his leadership qualities on a number of occasions, including being named “Chief Executive Officer of the Year” by Chief Executive Officer Middle East and “Young Global Leader” by the World Economic Forum. He graduated with a Bachelor of Science degree in Business Administration and Finance from Boston University, USA.

We have made early stage and growth stage venture fund investments in exceptional renewable energy, oil and gas and natural resource exploration companies in the African region, which will contribute to a more profitable and efficient energy landscape in power deficient countries in Africa through their innovation and market place expertise.

Addressing climate change and CO2 reduction is important to us. We invest in companies with a long-term view and don’t flinch at shifting attitudes toward the global demand for clean energy.

Mcearn Limited is a holding company registered in BVI and is indirectly owned and controlled by DIHC.

Ewaah Investors Limited has signed a Memorandum of Understanding for seven Oil and Gas blocks with the Republic of Chad, for the Development of Hydrocarbons in the ERDIS basin.

Ewaah Investors Limited has signed a Memorandum of Understanding for seven Oil and Gas blocks with the Republic of Chad, for the Development of Hydrocarbons in the ERDIS basin.